How to Use Metaphors and Similes when Comparing 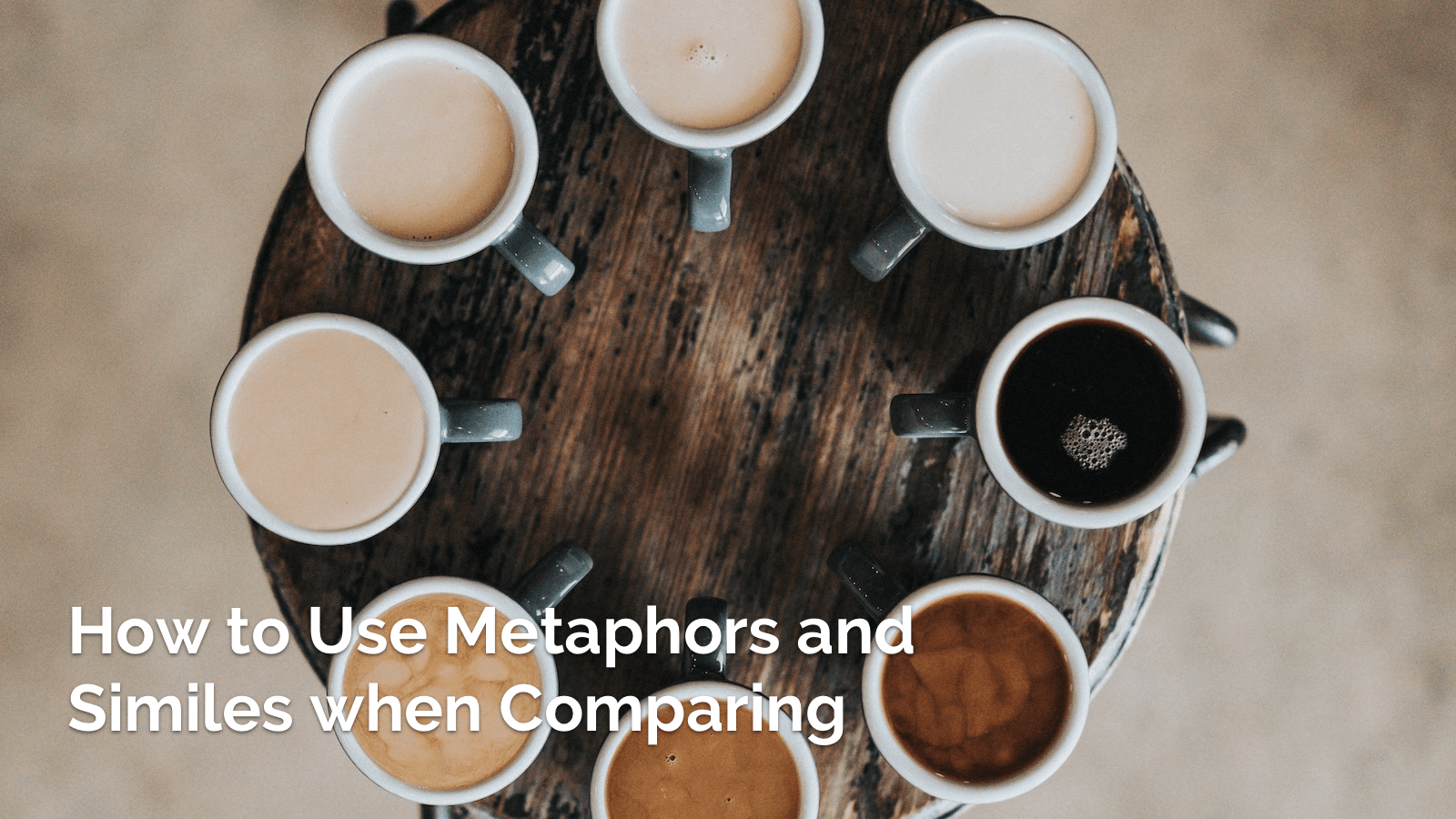 Are you curious to know what a metaphor is? How about similes—have you ever wondered what they are for?

What are metaphors and similes?

Metaphors and similes are literary devices or language tools most commonly used in the field of English Literature. They are different ways of using language that will make your writing more creative and interesting. But you can hear these expressions used as idioms in everyday English conversations as well. This article is for you if you’d like to improve your writing skills and learn new vocabulary.

Metaphors and similes are methods of describing things in ways they wouldn’t usually be described through the use of COMPARISONS. The key idea here is they are used to compare objects. So let’s start.

The writer or the speaker claims that something or someone is similar to another thing with the help of words such as “like” or “as.”

In the listener’s mind, this makes your statement more interesting. You’ll see in these sentences the difference in how Hannah and Starla walk.

Here are other examples that you would hear in everyday life—whether in books you read, songs, movies, TV shows, casual conversations, or a radio broadcast.

You’re talking about two young children—a brother and sister perhaps, and they’re always fighting over toys or food. We all know that cats and dogs usually are not very friendly with each other. So the two children are compared to these animals.

You’re talking to a person who is smoking cigarettes, tobacco, or pipe. Now, a chimney is what you find on the roof of the house where the smoke comes out when you have a fireplace.  This expression means that the person you’re talking to is a heavy smoker, and it is not a very nice thing to say to someone. But, if it’s someone you know, you may want to say it to them to persuade them to stop smoking because it’s terrible for the health.

A mouse is a tiny creature and usually pictured as running away quietly because it’s shy and scared of people. Here, you’re talking about a girl who is very timid and likes to avoid people.

You say this if a friend has a shock or an accident, and they’ve gone “white.” This expression means they become paler than their usual color.

It’s common knowledge that little boys are often not well-behaved. But in this situation, Tommy had behaved very well. So why was he compared to gold? Gold is “good” because it’s shiny, clean, and precious. In this scenario, the boy had been really good and no trouble at all.

Your boyfriend, partner, or husband can say this to you to express how much they admire your beauty. They can write this sentence in a love letter or a special occasion card.

We are all afraid of lions because they are wild animals and eat flesh when hungry. We usually would want to stay away or run from lions. You can say this when your Dad, boss, or friend is upset and angry.

What are the reasons why we use simile in language?

Without simile, and the idea is sometimes too complex to describe.

It allows the reader or listener to relate more to the message.

It adds interest to the piece of writing and can grab more attention quickly. Even when used as an expression in daily conversations, it will make your statements more descriptive. Similes will also make your writing more interesting and exciting, that will engage the readers.

Similes are lovely to read and add poetic details to an otherwise dull article.

It adds playfulness, especially in children’s books, and makes these pieces of work more fun to read.

Similes encourage creative thinking or imagination in the readers.

The structure of the Metaphor is: “A is B” OR “A = B.” It means you are calling someone something else. “Metaphor” comes directly from the Latin word “metaphora,” which means to transfer. It makes sense because it is transferring idea #1 to idea #2.

Besides, the comparison is more direct, which is based on the image of the object that you’re using to describe someone. This is a language tool that makes a comparison between things or items that have something in common between them. So, the writer or speaker claims that someone is something else because of this common characteristic.

To better understand metaphors, you need to see the object’s common meaning as understood by people in general. Metaphors are used to create imagery in your mind to have a clear picture of what the speaker or writer is trying to describe.

To spin is to go round and round and round. If this happens to your head, you’d probably die or at least incur injuries. In reality, your head can’t turn round and round. This Metaphor is only a picture to express that all your problems are making your mind spin and giving you a headache.

Here, the person is talking about young people. A bunch is an informal word for “group.” You usually use it with flowers.  For example, “My boyfriend gave me a bunch of red roses.”

In this scenario, though, the teenagers are likened to a group of “sheep,” which means that they copy what everyone else is doing or wearing. They go where everyone is going. So, they generally go with the majority almost all the time. Sheep go in groups, too.

Things that turn sour are foods that spoil, such as milk. If you leave milk too long, then it becomes moldy and tastes sour. This means that something has gone wrong in the relationship. They probably argued, or they disagreed on something.

He is likened to a lion, which is brave and fierce in a fight.

Angels are sent to us to do good deeds. The person you’re talking to is not actually an angel. It is not literal, only an object used for comparison.

What picture comes to mind when you think of bees? They always buzz around. They are always busy flying and collecting pollen from flowers to bring back to their hives to make honey. The person you’re talking to is probably running around, busy working, and never stopping.

You use a pot when you cook soup or stew, and you put in various ingredients. All these ingredients are mixed together in the pot. The statement means that New York is not literally a “pot” but a place where people from different cultures and countries come to live. You can say the same about London, Los Angeles, Tokyo, or any major cities in the world where different cultures mix.

“Hope” is the thing with feathers –

That perches in the soul –

And sings the tune without the words –

This example is taken from Emily Dickenson’s poem “Hope.” Hope is likened to a bird with feathers and perches on a branch to sing endlessly.

Many good examples of metaphors can be found in Shakespeare’s writings as well. In Romeo and Juliet, Romeo says, “Heaven is here, where Juliet lives.” He’s saying that wherever Juliet is, that place is heaven. This also paints Juliet as an angel. But again, none of these statements are true. It is only used to highlight a point about Juliet’s effect on Romeo. Since this is a metaphor, this should not be taken literally.

What are the reasons why we use “Metaphor” in language?

Just like simile, Metaphor helps in describing something more creatively. As an example, instead of saying, “You make me so happy”, you can instead say, “You are the sunshine of my life.” It also helps the listener relate to your message more efficiently.

Besides, it grabs attention and engages your listeners or readers quickly. And, finally, it makes your writing more excellent and more fun to read.

Here are simple vital points that will help you remember the difference between these two.

With Metaphor, remember the phrase “me too”—just like the word itself, which begins with “M-e-t.” For example, the character or object you’d use would say, “I’m a turtle.”

With simile, remember the word “similar,” because the two objects you are comparing are like each other. For example, “You’re just like my Mom–always telling me what to do.” You’re comparing the person to your Mom because they have similar characteristics.

I hope that you’ll find metaphors and similes useful for comparisons when you write and when you use expressions in your conversations.