How to Properly Use ‘Supposed To’ 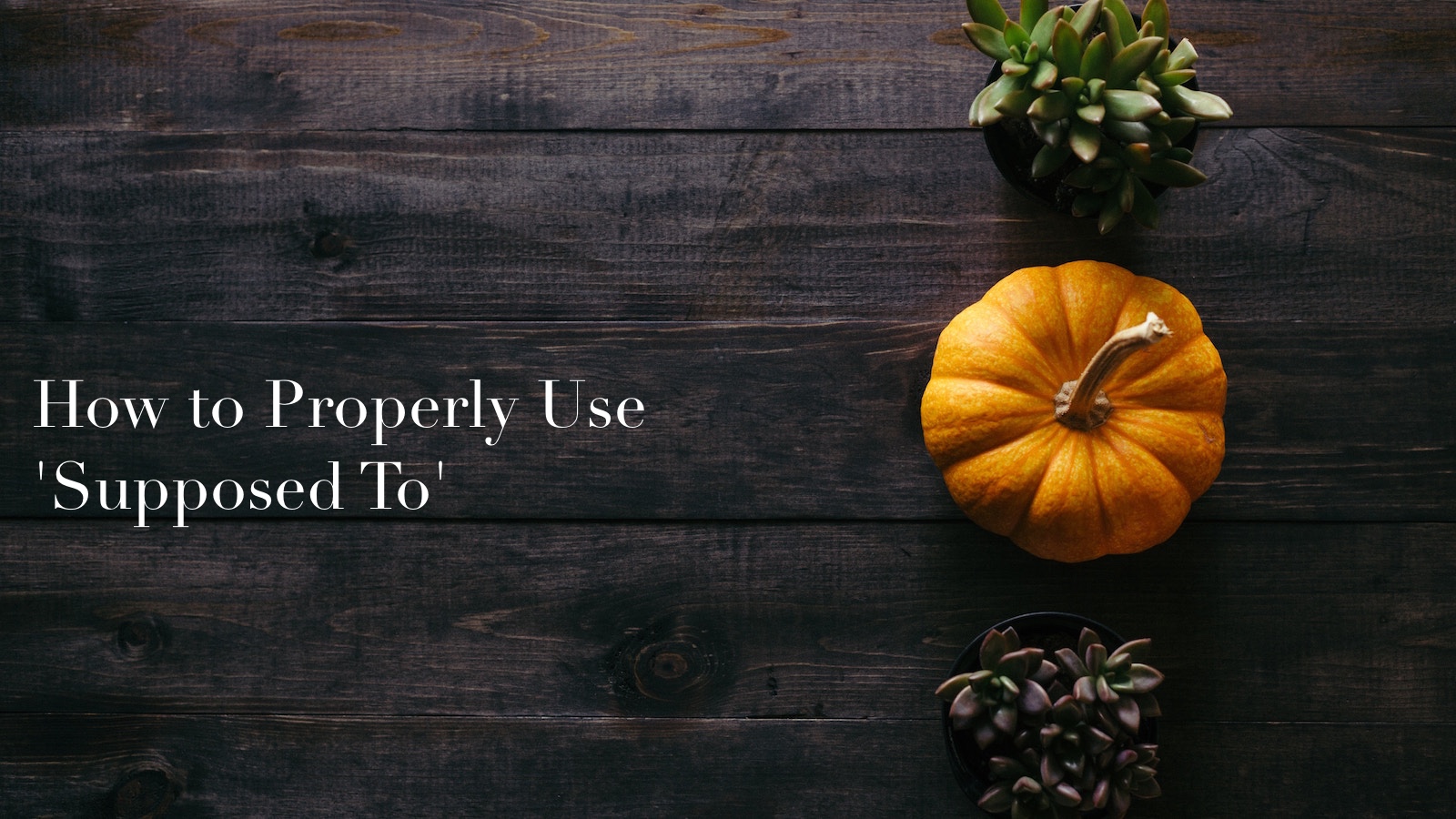 Today, we will learn how to express expectations in English. The phrase “supposed to” is commonly used to express them. We use this when we are talking about situations related to following rules, making plans, and waiting for an expected result, behavior, or event.

Here are situations where you can use “supposed to”:

1) “You are supposed to go when the light turns green.”

This is talking about a rule in society, a standard of operation (SOP), or a usual way of doing something. The sentence above particularly refers to traffic light rules, a common expectation that’s widely accepted in society. Another example is, “If you’re eating Chinese or Japanese food, you’re supposed to use chopsticks.” This is because the culture of these countries is they use chopsticks when eating.

2) “It’s supposed to be sunny tomorrow.”

This sentence talks about a prediction of what should happen at a future time. So, maybe you saw in the news a weather forecast that says it will be sunny tomorrow. So then you are making a plan to go out on a picnic or a hike because tomorrow is supposed to be a fine day.

This talks about making a plan with someone to go on a date or to do an activity together. You may also say, “My cousins and I are supposed to go to the movies at 7 tonight.” or “My business partner is supposed to meet me at the coffee shop.”

4) “Istanbul is supposed to be beautiful.”

This falls into the category of hearsay. Now, hearsays are things that are widely believed and spoken about by a majority of people. When people go to Paris, Spain, or Istanbul, they always say it is a beautiful place, and they tell friends about it.

So, if you’re discussing with your family because you plan to go on a vacation, you may say, “Let’s try Istanbul. It’s supposed to be beautiful.” This expresses your expectation of that place based on what everybody else is saying. People who have been to Istanbul say that it’s a beautiful place and you expect it to be so.

You can also use “supposed to” in the negative.

“You are not supposed to enter that facility without an ID.”

“You’re not supposed to see the big boss without notifying his personal assistant first.”

There are obviously a wide range of situations where the expression “supposed to” is very useful. Hopefully, you’ll be able to use this phrase in the right situation. You may also practice writing your own sentences and have your LingualBox teacher check it.